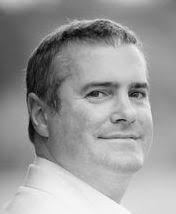 Callum has been at the forefront of mediation in all Australian jurisdictions and further afield internationally through his role as CEO of the Australian Mediation Association (AMA).

Recently Callum was a Director and Co-convenor of the National Mediation Conference 2016 and also appointed as a Registrar of the Administrative Appeals Tribunal within the Commonwealth Courts.

He is a specialist mediator, conciliator, adjudicator and restorative practices facilitator who works as a dispute resolution practitioner in a number of diverse organisations including the Administrative Appeals Tribunal, Legal Aid, the Queensland Civil and Administrative Tribunal, the Attorney General’s Department, the Commonwealth Ombudsman and numerous Government bodies and Court systems both Nationally and Internationally.

He has mediated over 1,500 disputes throughout Australia and abroad ranging from civil disputes involving multi-million dollar commercial transactions, conciliations for the Federal Court, to franchise disputes for the National Office of the Mediation Adviser, and complex commercial multi-party disputes.

He has held senior positions in Government organisations and Courts including as a, Registrar, Judges Associate and Adjudicator, in addition to being an accredited mediator under various schemes.

Callum Campbell is also a specialist dispute consultant on the Mediator Project Panel for the East Timor/Fiji initiative with Mediators Beyond Borders – Partnering for Peace, a non-profit humanitarian organisation established to partner with communities worldwide to build their conflict resolution capacity for preventing resolving and healing form conflict.

In recent years, Callum has worked with the judiciary in PNG, alongside the establishment of Court-Annexed mediators, he has played a critical role in teaching ADR to members of the PNG judiciary, the legal profession and the community and the implementation of the PNG civil mediation program.

He has undertaken similar work in the Solomon Islands and Fiji.

He was appointed in 2005 by the Australian Federal Government to mediate a resolution of the Aboriginal Tent Embassy issues and its future in front of Old Parliament House in Canberra.

Callum was a facilitator with the Defence Abuse Response Taskforce and has success in assisting others to develop with conflict resolution, which is based on a deep-seated belief in, and a passion for interest based facilitation.

Callum recently won an award from the Resolution Institute in Australia for his ‘Contribution to the Professional Development of Others in Dispute Resolution’ for his dispute resolution work.